Times of India: Rajkot: Tuesday, April 15, 2014.
Forest department has issued eviction notices to traditional saltpan workers in Little Rann of Kutch, asking them to vacate the wild ass sanctuary in the next seven days. 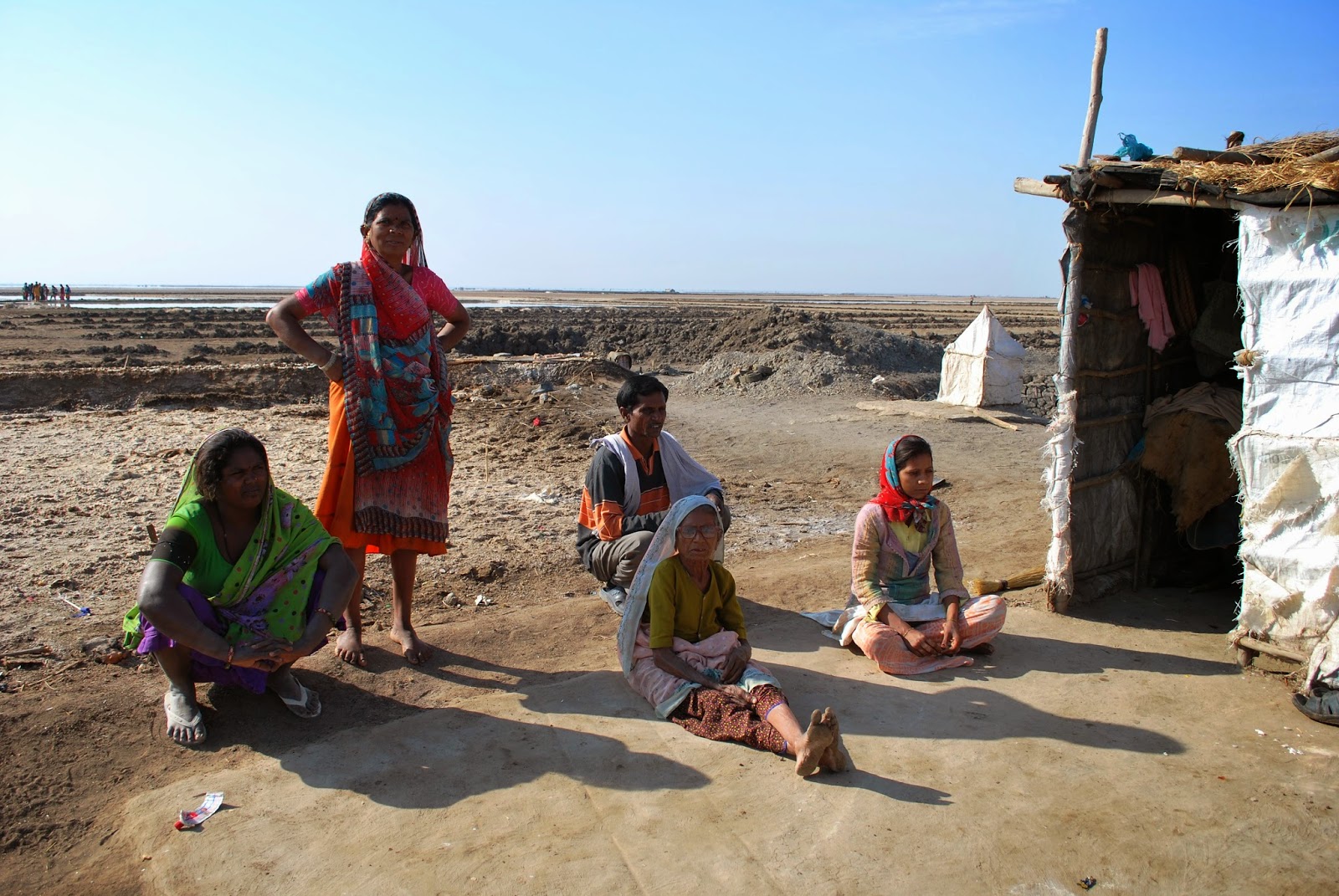 Alleging that this will affect the voting by saltpan workers spread over the four districts of Rajkot, Surendranagar, Patan and Kutch, nongovernmental organization (NGO) Agariya Heetrakshak Manch workers has sought intervention of Election Commission in the matter.
Pankti Jog of the manch, which has been working for the rights of saltpan workers, said the forest department has issued notices to over 1,400 saltpan workers till now.
“This will directly affect their livelihood and their basic human rights. Saltpan workers belong to nomadic and de-notified tribes and there are over 12,000 families engaged in salt production. The eviction notices will make their life vulnerable as they have been asked to produce land ownership details in the area or vacate the place. Ironically, the government itself has no record of land ownership and the Little Rann is known as survey number zero,’’ she said.
A saltpan worker from Kharaghoda Prahlad Dhamecha said he was served notice by the forest department on March 27. “I have received a notice which asks me to provide documents of ownership. If I fail to produce, it will be assumed that it is unauthorized activity and I will face seven year’s imprisonment and Rs 25,000 fine,’’ he said.
He added that the forest department’s action would leave over 2 lakh people workless. “Our tragedy is that no industry can come here because of sanctuary and our only livelihood is on stake now. Where will we go now? Dhamecha asks.
The saltpan workers migrate to the Little Rann for making salt from September to April. During this period, they reside in small makeshift shelters. The areas where communities make salt is around 2.3 per cent of the Little Rann. “The community had made a representation to tribal department for recognizing their “Customary Community User Rights” (CCUR) in the wild ass sanctuary. This representation is pending for consideration,” Jog added.
Additional chief secretary (environment and forests) H K Dash was not available for comments on the issue.
Posted by Treditional Salt Farmer's Collective of Gujarat, India. at 11:23 AM